Rising Together in Insurance: a conversation with industry vet Tim Roberts September 9, 2022

When deciding what career path to embark on, insurance isn’t usually the first industry that comes to most people’s minds. Instead, many current insurance employees have the shared experience of falling into a role within the industry, rather than seeking it out directly.

Just ask Tim Roberts, the VP of Workers Compensation Claims at Everest Insurance. Tim has more than 30 years of multi-line claim experience and 20 years of management experience, but he says he didn’t always see himself in insurance. After responding to a newspaper ad for a job - Tim found himself in the industry and has remained due to meeting interesting people and traveling to new places.

Tim sat down with us on our most recent episode of “UNBIND with Bindable” to share career advice, what he values most about his career in insurance,  and what insurers need to be thinking about to attract and retain top talent.

UNBIND’s guest host Cassie Larson, Bindable’s SVP of Strategic Execution, actually came to know Tim while they were both attending the 2022 Rising Insurance Star Executives (or RISE) Leadership Summit and Award Gala in Fort Lauderdale, FL earlier this year. Tim was in attendance at the event as a RISE Mentor of the Year nominee. There, he shared invaluable experience with a room filled with young leaders and mentors who are paving the way for the next generation of insurance professionals. 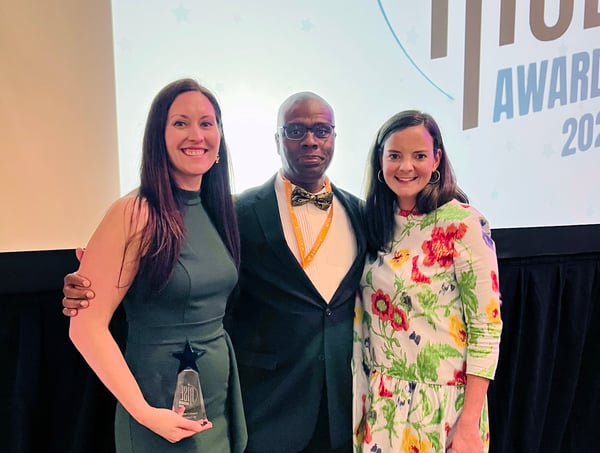 Speaking from his experience, Tim told Cassie that a mentor can be a vital tool for career development, but the person must be a good fit.

“I see a mentor as kind of a confidant for people,” says Tim. “It’s someone you can bounce things off of and feel like it’s a judgment-free zone.

He emphasized that this person shouldn’t be a boss or even someone you work with - instead it should be an unbiased support system you can turn to, not fearing how it will impact your work environment.

According to Tim, it doesn’t matter where you are in the world, you can still be a mentor. He shared the following example of how he was a mentor to fellow employees in London.

Lessons learned from past mentors

Tim said his two main takeaways from his past mentors are: the organization will still survive without you and that contingency planning is critical when it comes to building a career path.

The first piece of advice came from Tim’s father. Even if you feel like you’re the glue to your organization, they survived before you started working there and they will survive after you leave. When you work for a company, you become a part of a team, and everyone is a part of why that business is successful, not just one individual.

“It was a humbling process taking into consideration what your true significance is in the situation,” he said.

The second piece of advice Tim received was from a mentor who stressed the importance of planning for the “what ifs”.

Tim said that you may not always get the dream job, with the perfect boss, in the right place - in fact, most of the time this is not the case. Instead you have to plan for how your current role fits into your career plan.

“I think that’s a valuable thing for people to understand as they manage their careers,” Tim said. “It’s not always going to go exactly the way you want to.”

Tim stressed the value of learning from every opportunity you have and how those that work hard are rewarded in the long run.

“Do good work, do challenging work, and provide value to the organization you’re in, provide solutions and everything else will follow that,” he added. 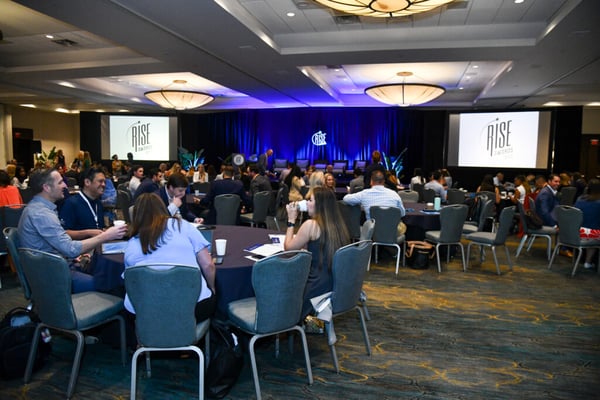 Hundreds of young professionals across roles and sectors attended the RISE Leadership Summit  in June 2022. Photo courtesy of RISE.

In her conversation with Tim, Cassie recalled how at the RISE event, people in the room were asked to raise their hands if they always thought they’d be in insurance; only a few people raised their hands.

Then the group was asked, now that they work in insurance, if they planned to retire from the industry; almost all hands were up.

So the scenario poses a question for the industry: why isn’t insurance a more popular career choice, even though once people start in insurance, they tend to stay?

For starters, the insurance industry has difficulty with recruitment, because it’s not typically a career path most people see themselves going down in initially. However, as Cassie and Tim saw at the RISE event, once people do start working in insurance, many find themselves falling in love with the work and planning on staying for as long as possible.

Tim said one of the biggest issues with the recruitment process is that insurance companies fail to highlight their value proposition to prospective employees like low unemployment, high earnings, and the overall goal of helping protect people from the unknown.

According to the industry vet, the people that stay in the insurance industry found things that align with their values and interests.

He added while the insurance industry has come a long way, there’s still so much room for growth, presenting opportunities for recent grads in fields like tech looking to make their mark.

“There’s a lot of technology that’s unexplored in the industry that for those people that are interested in doing those types of things, there’s a place for them,” said Tim.

His final piece of advice to those in the industry trying to adopt a growth mindset: learn as much as you can in your current role, and seek teaching moments outside of your work.

“You have to keep yourself up on what’s going on in the business world and just in society,” said Tim.

Interested in exploring careers in insurance? Bindable is always looking for talented people to join our team. Check out our open positions using the button below.